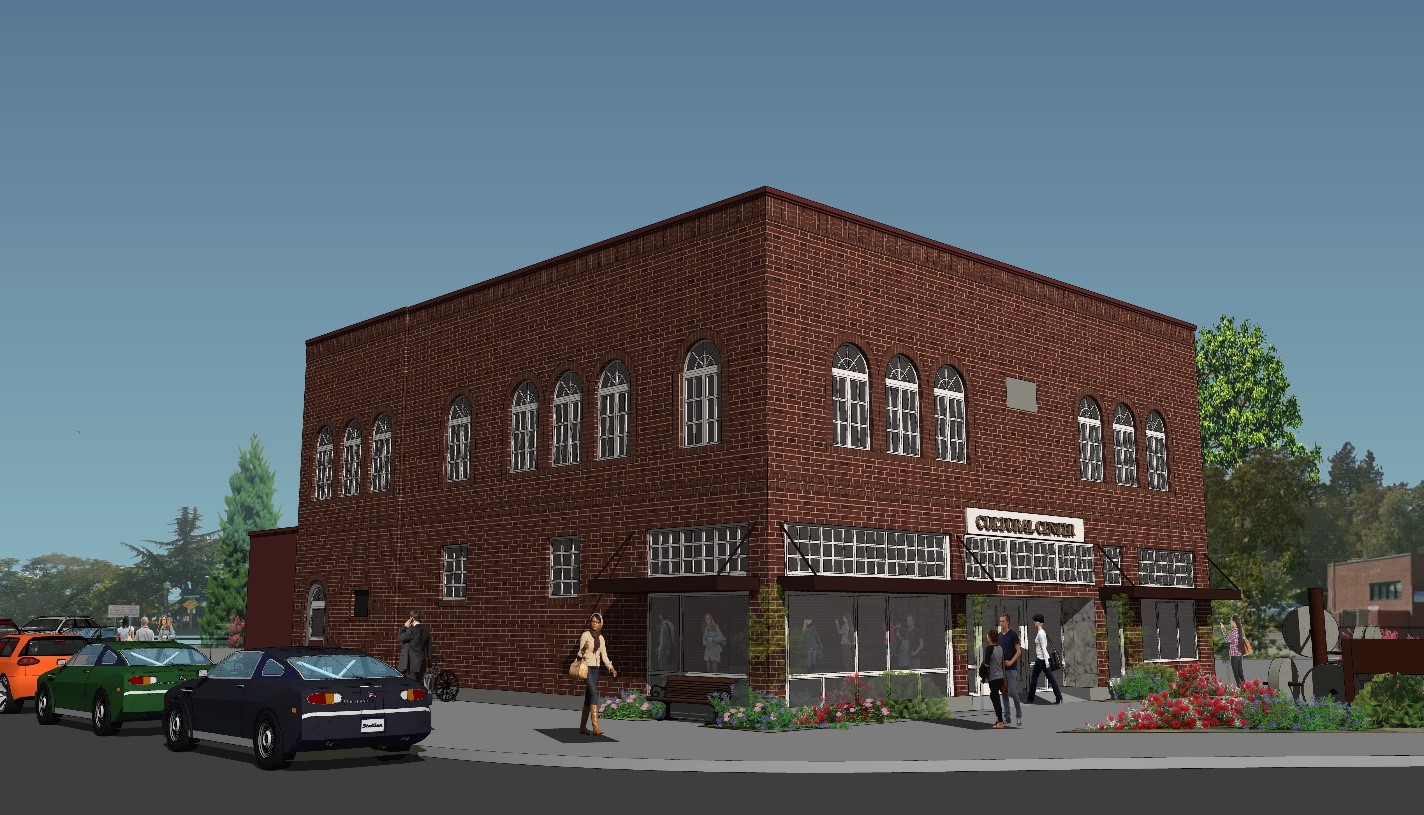 Confederated Tribes of the Grand Ronde Tribal Council Secretary Jon George compared the West Linn city government to white settlers making empty promises to Native Americans at an Aug. 3 meeting of the West Linn City Council, during which the council discussed the restoration of the old city hall building.

While the intent of the discussion was initially to name members to a new historic city hall committee, the council quickly found itself under fire after George and Willamette Falls and Landings Heritage Area Coalition Executive Director Siobhan Taylor lambasted the group for what they perceived as a power grab and lack of cultural sensitivity.

For over two years, George, on behalf of the Tribes, and Taylor — along with other members of the Willamette Falls and Landings Heritage Area Coalition — have worked with the  council on plans to create a multi-cultural community center a the old city hall (which more recently served as the West Linn  police station) near the West Linn-Oregon City Arch Bridge.

In June 2019, the city of West Linn signed a letter of commitment with the WFLHAC pledging $400,000 to restore the building and enter a partnership with the coalition for managing the center.

In February of this year, the council upped its contribution to nearly $1.3 million in funds from the 2018 GO Bond after the WFLHAC, which had raised around $200,000 on its own, said it was struggling to find benefactors willing to donate the remaining costs.

Last month, the council discussed a new letter of commitment and lease agreement with the WFLHAC. At a meeting July 20, Councilors Rich Sakelik and Teri Cummings said the nature of the relationship between the city and the coalition had changed since the city was now shouldering more of the costs to restore the building.

Rather than letting the coalition manage the building, as was originally the plan — and spelled out in the new letter of commitment proposed by city staff — Cummings and Sakelik thought it would be more appropriate for them to simply be tenants of the building.

Sakelik said that the new letter of agreement didn’t spell out a partnership, but rather a one-sided agreement with the “city pouring money into the building” but having no control over how it would be used.

Taylor spoke up at the July 20 meeting to clarify her understanding of the relationship.

“I apologize, but in no way did I leave that February meeting with that understanding of direction, nor did any of my board of directors members who were also at that meeting. Be that as it may, we may have to go back and address that,” she said.

At the meeting, Sakelik and Cummings, along with Councilor Bill Relyea, voted to form a new committee which would further discuss how to use the old city hall.

With a discussion of appointments for that committee on the agenda for the council’s Aug. 3 meeting, Taylor and George called in to express their disappointment with the change of direction.

“This most recent turn of events is so disappointing. Imagine our position now. It is one we have experienced since westward expansion got a firm foothold in our homelands. The city of West Linn signed a letter of commitment, which we witnessed and supported with the coalition,” George said. “We applauded your vision that we embrace for a multicultural center with an interpretive exhibit and public meeting and classroom spaces dedicated to arts, heritage and culture, all on the banks of Willamette River at the falls, a place our tribal people have occupied since time immemorial.

“We agreed it needs to be managed by the only nonprofit in the region with the time, dedication and talent to see it through to fruition: the coalition,” George continued. “Now, much like they did with our ancestors, authorities have signed a letter, made a commitment and due to political inclinations, personal agendas or lack of sensitivity to the need for a safe harbor like this in these troubled times, you are refusing to renew the letter with a partner who has put so much cash and personal sweat equity into the equation. It stirs up deeply troubling images of the dominant culture tactics to promise one thing to native people and do another.”

Sakelik took exception to the letters of Taylor and George and countered with his own interpretation of the historic city hall saga.

“In these two letters, there’s a lot of accurate information with regard to explaining the whole project, but there’s also a lot of — and I’m going to be blatantly direct — misstatements that are trying to make a political statement,” he said. “The city is not going back on a letter of commitment.”

He said it had been his idea for the city to put up the $1.3 million in funds, and that there hadn’t been pushback in February when he proposed that “the city would put in all the funding and be responsible for the programming with the coalition being the signature tenant and the city accommodating what they proposed.”

Councilor Jules Walters pointed out that the selections for the historic city hall committee nominated by Sakelik, Cummings and Relyea lacked the diversity a multicultural center task force should require.

“I will note that when Mr. George talks about equity and inclusion and honoring our indigenous community members, there is not one person recommended who is not a white person under the age of 60 years old,” Walters said. “I just don’t understand how you can talk about diversity, equity and inclusion, talk about a multicultural center, talk about honoring the heritage of the falls, and make choices like that.”

After further heated discussion from the council, the majority went on to approve three citizens for the committee.

Though the list of names wasn’t provided in the agenda packet, Sakelik named the three as: “Ms. Pellet, Mr. Taylor and Mr.

Link to the full article: https://pamplinmedia.com/wlt/95-news/476394-384853-west-linn-historic-city-hall-plans-turn-contentious?wallit_nosession=1