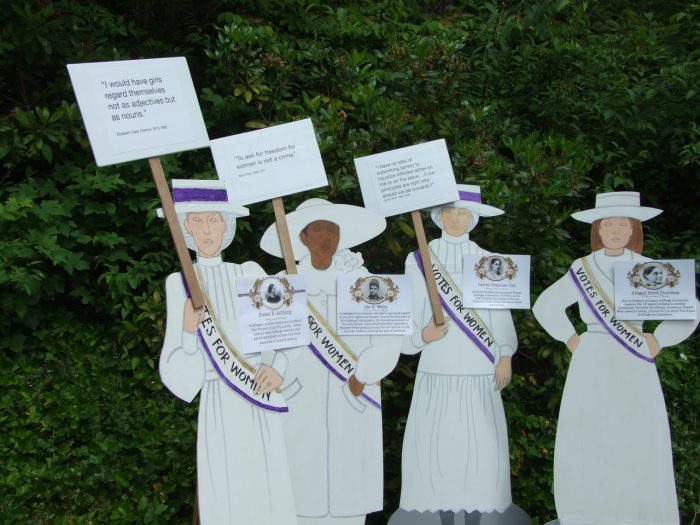 Take A Selfie With A Suffragette!

“This year marks the 100th anniversary of the ratification of the 19th Amendment which gives women in the U.S. the right to vote. Before 1920, women in this country were ruled by a government they had no voice in choosing. The suffrage movement spanned 72 years in this country beginning with the first women’s right convention in Seneca Falls, NY and culminating in the nation’s capitol with the infamous Silent Sentinels protesting outside the White House during President Wilson’s 2nd term as President.

To honor a few of the women throughout this period in history, The West Linn Historical Society along with West Linn artist Elizabeth Rocchia, developed an exhibit that will be available to view in several West Linn Parks beginning Sunday June 14th. The exhibit consists of charming, life-size suffragettes! These hand painted wooden displays will also have biographical information introducing you to some of the leading women in the suffrage  movement. “ 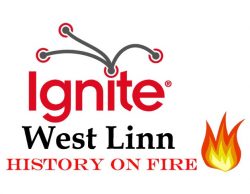 Sunday June 21st at 7 p.m join the West Linn Historical Society, supporters and friends for our 6th Ignite but 1st virtual: series of 5 minute, 20 auto advancing slide presentations. Ignites are repeated in January and June. This Ignite will be on Zoom. Free and bring your own refreshments!

Register in advance for this meeting:
https://us02web.zoom.us/meeting/register/tZwkcOyhqzgpGt2GbA9-zWADPn0TM_sKgC76